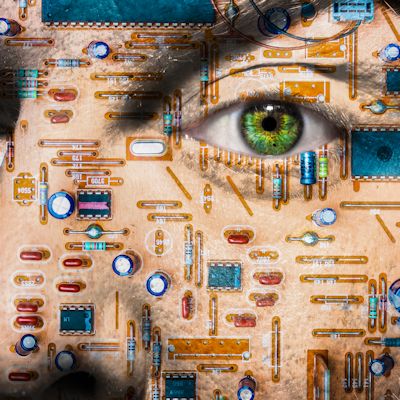 With so many pundits insisting organizations must transform into digital enterprises to survive, a person could easily conclude the workplace is becoming dehumanized. There is, however, an argument to be made that cognitive computing systems help ensure digital enterprises are more rather than less humanized. Nigel Willson (@nigewillson), a Global Strategist with Microsoft UK, insists the traditional foundations of business (i.e., people, processes, and technology) will remain essential even in the digital age.[1] He also believes cognitive computing can help ensure human/machine interactions support the human more than they support the machine. “The benefits of using cognitive computing services are broad,” he states, “but they provide a way of humanizing the interface to an application or system, such as: providing voice input to your application rather than using a keyboard, and having the application reading the results to you rather than reading it on a screen.”

The term “cognitive computing” was coined by IBM. Ginni Rometty (@GinniRometty), IBM’s CEO, explains the company wanted to find a term more conducive to human/machine collaboration. According to Rometty, AI seeks to match human intelligence whereas cognitive computing seeks to augment human intelligence. She explains, “[When IBM coined the term cognitive computing] the idea was to help you and I make better decisions amid cognitive overload. That’s what has always led us to cognitive. If I considered the initials AI, I would have preferred augmented intelligence. It’s the idea that each of us are going to need help on all important decisions.”[2] As President and CEO of a cognitive computing company, I’m well aware of peoples’ concerns about AI. That’s why I often stress the fact cognitive computing platforms, like Enterra’s Artificial Intelligence Learning Agent™ (AILA®), are decision aids that let users ask questions and receive answers in language they understand. As decision aids, cognitive platforms provide insights to help decision-makers select informed courses of action when faced with complex and ambiguous choices. Analytics expert Kamalika Some (@KamalikaS) notes, “A cognitive computing system is used in complex situations for ambiguous and uncertain outcomes.”[3] Most often, in those circumstances, humans make the final decisions.

Since cognitive systems were developed to augment rather than replace human intelligence, they attempt to reason like a human. Mitul Makadia (@mitulmakadia), Founder of Maruti Techlabs, explains, “While artificial intelligence’s basic use case is to implement the best algorithm to solve a problem, cognitive computing goes a step beyond and tries to mimic human intelligence and wisdom by analyzing a series of factors. When compared with Artificial Intelligence, cognitive computing is an entirely different concept.”[4] He adds, “Cognitive computing’s main aim is to assist humans in decision making. This endows humans with superior grade precision in analysis while ensuring everything is in their control.” Rob High adds, “Rather than replacing human minds, the purpose of cognitive computing is to make human cognition even stronger, even better. Cognitive computing enables people to see a perspective they wouldn’t have seen on their own; to recognize something they otherwise would have missed; to help them build an idea; to strengthen their creative processes.”[5] Smart leaders understand their businesses prosper when the right decisions are made. Bain analysts, Michael C. Mankins and Lori Sherer (@lorisherer), assert if you can improve a company’s decision making you can dramatically improve its bottom line. They explain, “The best way to understand any company’s operations is to view them as a series of decisions.”[6] They add, “We know from extensive research that decisions matter — a lot. Companies that make better decisions, make them faster and execute them more effectively than rivals nearly always turn in better financial performance. Not surprisingly, companies that employ advanced analytics to improve decision making and execution have the results to show for it.”

Cognitive computing and the digital enterprise

The primary reason pundits insist organizations need to transform into digital enterprises is because the best companies are able to maximize data analysis. Makadia notes, “With every passing minute, more data is being analyzed to gain insights into past events and improve current and future processes. Not only does cognitive tech help in the previous analysis but will also assist in predicting future events much more accurately through predictive analysis. Being such a robust and agile technology, the future possibilities and avenues both in B2B and B2C segment are immense.” The World Economic Forum has declared data is a new and valuable resource; but, most organizations understand there is so much data that only cognitive platforms can successfully analyze it. Christopher Tozzi notes, “In recent years, cognitive computing has assumed new urgency. … Previously, you may have thought of cognitive computing features as a nice-to-have asset, rather than an essential one. Going forward, expect that to change. Device and service users will no longer expect to have to tell providers what they want. They’ll expect the providers to know, and deliver, before they’re asked.”[7]

With so much hype surrounding all types of AI, including cognitive computing, Alex Meehan (@alex_meehan) asks, “Can [cognitive computing] help the so-called c-suite, or senior decision makers such as chief technology officers, chief organizational officers and of course chief executives, make smarter, more informed decisions?”[8] It’s a good question. Most of the pundits cited above conclude cognitive computing can greatly improve corporate decision-making. Jason Burns, analytics architect with IBM Ireland, told Meehan, “Enterprises today need cognitive solutions that turn vast amounts of data into insights and competitive advantage. They need access to a cloud platform not only for IT capability, but for speed and agility. Its architecture must be hybrid, spanning both public and private clouds, because businesses will want to leverage their existing investments in applications, IT infrastructure and, most of all, their data.”

High observes, “Throughout history, humankind has created technologies that amplified our strengths. As an extension of the strength of our arms, we created the hammer; as an extension of the strength of our backs, the steam engine was born; and as an extension of our intelligence and skills, we created cognitive computing.” Debates about whether reliance cognitive technologies will make humans smarter or dumber will undoubtedly rage for decades, I agree with High that cognitive computing is another tool in humankind’s quest to get better.