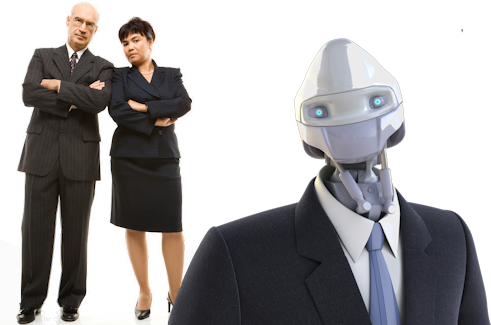 The future of work is a fascinating subject to contemplate and discuss. Prior to the pandemic, many of the articles discussing the future of work raised concerns about artificial intelligence (AI) and automation taking over jobs now held by humans. Millions of jobs were predicted to be lost over the coming decades creating social unrest and economic chaos. Although such considerations remain a concern, today’s headlines are more about job vacancies and the great resignation. The ironic thing about this turn of events is that the great resignation and unfilled job openings are likely to hasten the pace of automation. Will this lead to the dystopian future some pundits predict? Frankly, it’s too early to tell. One thing is pretty certain, however, and that is human/machine collaboration will characterize the workplace of the future. Why? As software engineer Ben Dickson (@bendee983) explains, “Humans are problem finders, AIs are problem solvers. … I like to think of AI — at least in its current form — as an extension instead of a replacement for human intelligence. … Humans define the problems, set the rewards or expected outcomes, and the AI helps by finding potential solutions at superhuman speed.”[1]

Even though AI is becoming more ubiquitous, not every machine is guided by artificial intelligence. Nevertheless, like AI, machines in a business setting have been designed to solve problems. As a result, journalist Rob Spiegel (@RobSpiegel1) observes, “Whether you’re working in factories, warehouses, stores, or hospitals, your future will involve machines. These machines won’t necessarily replace humans, but they will require a new way of working. The workforce won’t need high-level engineering capabilities, but familiarity with automation will be important.”[2] Florian Pestoni (@florianpestoni), Co-founder and CEO of InOrbit, told Spiegel, “We’ll see more partnering between robots and people. The beauty is that it democratizes labor. You don’t have to be strong. It can accommodate people with all kinds of abilities. Also, you don’t need to be there physically. You can monitor robots from a distance, whether it’s one robot, 10, or 100. As a roboteer, you’re overseeing the work of robots and making sure they’re doing their job.”

What makes remote monitoring possible, of course, is the Internet of Things (IoT). The IoT is also the gateway to the metaverse, which some experts believe is the next big step in advancing human/machine collaboration. David Immerman (@ImmermanofThngs), a Senior Research Analyst at PTC, explains, “The industrial internet of things and augmented reality are driving the convergence of humans and machines to usher in the collaborative future of work.”[3] He adds, “In the future, work will be a mix of tasks conducted by humans and machines working collaboratively together. Augmented reality is the next-generation human-machine interface (HMI) to bridge the workflow gaps in tasks and maximize efficiencies of human and machine interactions.” Like many other experts, Immerman isn’t concerned about a dystopian future in which all work is done by AI and automation. He predicts a “task ecosystem” will emerge in which menial, repetitive, and/or dangerous tasks are assumed by AI and automation, but jobs are not eliminated. In his vision of the future workplace, “workers and machines work synchronously” and, he insists, this vision “is replacing dated automation utopian mindsets like lights-out systems.”

Although I am in basic agreement with Immerman’s vision of the future, in some areas, like warehouse operations, “lights-out” operations are coming close to reality. Tech journalist Christopher Mims (@mims) describes the inner workings of a warehouse, built by a Canadian company called Attabotics and operated by Accelerate360, that is basically a lights-out warehouse. He writes, “Because this system is so automated, goods go untouched by humans from the moment they enter the robot cube until the moment they are boxed and ready to be put on a truck — a sharp contrast with, for example, Amazon’s largely human-driven enterprise.”[4] I suspect, in most economic sectors, lights-out operations will be the exception rather than the rule in the coming years.

The supply chain, however, is one area where much more automation will likely be adopted. Even in that sector, however, journalist Keith Biondo predicts human/machine collaboration will flourish. “Robots and people,” he writes, “are adjusting their symbiotic relationship in logistics.”[5] He adds, “It’s true that the stresses created by the virus economy spawned an increase in investing in automation to take on more human-related tasks. Yet manufacturers of wearable technology make the case that wearables and new handheld devices remind us that humans have the edge over robots in terms of efficiency, flexibility, and costs for many supply chain-related jobs.” He concludes, “Human insight and experience play a crucial role in meeting modern demands on supply chain operations despite what those outside our discipline think. In logistics, robots will dance with people and each will lead at different times as roles shift.”

The lifeblood of the future workplace will be data. It will be generated by sensors, transmitted by the IoT, and analyzed by cognitive systems. But, even in a highly digitized workplace, data will not be sufficient to understand the whole work environment or the world at large. Journalist Gillian Tett (@gilliantett) explains, “There are some problems that computers alone cannot solve. Or not, at least, without humans.”[6] She notes, “Twitter co-founder Jack Dorsey has observed, Silicon Valley would have probably built a much better internet and social media world if it had employed social scientists alongside computer scientists at the outset.” So unlike Dickson, who asserts humans are problem finders and AIs are problem solvers, Tett insists human also have a problem-solving role to play. She concludes, “[There is one] fundamental and ultimately reassuring factor of modern life: there are some things that can only be analyzed, solved or predicted by humans.”

Although I believe humans and machines working together make for a better workplace and a better world, others disagree with that worldview. For example, Gary Grossman (@garyg02), Senior Vice President of Technology Practice at Edelman, writes, “One problem with the AI-augmented workforce promise is that it tells us AI will only take on the repetitive work we don’t want to do. But not all work being outsourced to AI is routine or boring.”[7] He argues, “More than likely, the current perception of work augmented by AI is a reflection on the current state of the technology and not an accurate view of the future when automation will be far more advanced.” We can agree on one thing: We can’t sleepwalk into a future of augmented work. Grossman concludes, “We all need to have a clear-eyed understanding of the growing potential for disruption and to prepare as best we can, largely by acquiring those skills most likely to be needed in the coming era. Companies need to do their part in providing skills training, and retraining will increasingly need to be a near continuous process as the pace of technology change accelerates. Government needs to develop public policies that direct the market forces driving automation towards positive outcomes for all.” 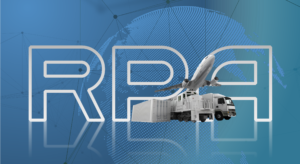