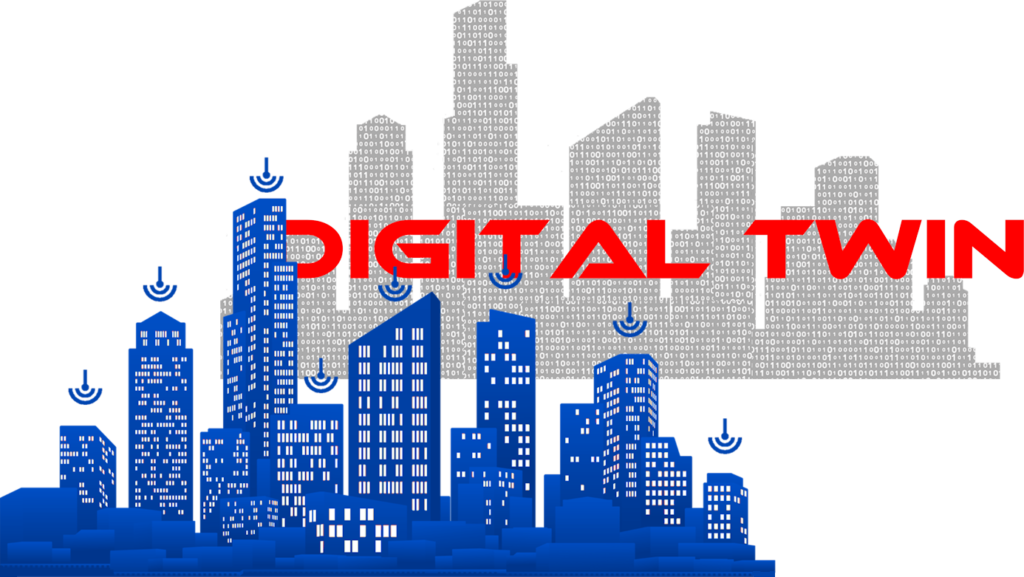 Transforming a city into a smart city is neither easy nor cheap. As a result, many urban planners are forced to tackle the transformation process a bit at a time. Unfortunately, this piecemeal approach to smart city transformation doesn’t always achieve the best results. Without a holistic vision and strategy, technologies purchased to enhance one city system might not be compatible with technology utilized to enhance other urban systems. The true vision of a smart city can only become a reality when all systems are working together and sharing data to ensure that precious resources are used efficiently and effectively. To help develop a holistic vision, city planners would do well to look at industrial organizations that are implementing digital twin technology to help them with both planning and execution. They are finding that digital twins are saving them time and money as well as improving performance.

What is a digital twin?

Brent Biddulph (@BrentBiddulph), Managing Director, Retail & Consumer Goods Industry at Cloudera, explains, “A digital twin is a virtual replica of a real-world entity, which could be anything from a city, building or physical product to a service or a process. The virtual twin mirrors the same lifecycle as its real-world counterpart. It is updated via real-time data and leverages a machine learning data lifecycle to effectively become a living thing.”[1] Journalist Adina Solomon (@adinars) adds, “Digital twins, 3D virtual replicas of a given system, place or thing, allow cities and property owners to test out changes before they enact them in the real world. Cities from Los Angeles to coastal Texas and beyond are increasingly using this technology to study the effects of development, traffic, climate change and myriad other situations a city must face.”[2]

Citing work from the global tech market advisory firm ABI Research, Biddulph predicts, “Digital twins will form the end game of the smart cities journey to ‘optimized design’ and the ‘ultra-efficient operation of entire cities’. … ABI Research reports that the technology is helping to transform how cities are designed, monitored and managed, and optimizing the holistic performance of cities across different verticals such as energy management, mobility, resilience, sustainability and economic growth.” The reason digital twin technology holds such promise is because it allows urban planners to explore numerous ideas before committing to a plan of action. As Ankit Srivastava, an associate professor of mechanical and aerospace engineering at Illinois Tech, explained to Solomon, “You can simulate the effects of your decisions on a physical object, in this case a city or a campus, before you actually make those changes in the real world. It makes the decisions much more data-driven and much less expensive because you can play with various possibilities.”

Science writer Kerry Taylor-Smith (@KerryTaylorSmit) observes, “Everything in a smart city is interconnected via a network of sensors or electronic devices that gather data; this data is used to improve the functioning of the city. But this can be complicated and expensive if not thoroughly tested first. … Smart cities can utilize digital twin technology to determine how the smart network might work, make adaptations and iron out any kinks, and determine the benefits.”[3] Can digital twin technology really make a difference? “According to ABI Research, cities are expected to save $280 billion by 2030 for more efficient urban planning via digital twins.”[4]

Data and the Digital Twin

Cityzenith CEO Michael Jansen (@MichaelCAJansen) points out, “Digital twins aren’t bought — they’re built.”[5] Digital twins can only exist when the right data is available. What data constitutes the “right” data depends on what a city seeks to accomplish. Below are a few of the ways digital twins are currently being used by urban planners.

Holistic Planning. Dassault Systèmes and SuperMap are working together to improve how connected systems and geographic information system (GIS) maps can be combined to improve urban planning. “By combining Dassault’s 3DExperienCity platform and SuperMap’s land mapping technologies, the two companies aim to model and simulate experiences to facilitate more efficient decision-making during the entire lifecycle of buildings, railway networks, roads, highways, mobility hubs and other infrastructure.”[6]

Improved Traffic Flow. Solomon reports, “Researchers at Oak Ridge and the National Renewable Energy Laboratory partnered with Chattanooga to build a digital twin that helps anticipate and alleviate traffic congestion. … Information from 500 different sources, such as traffic cameras, 911 data, radar detectors and weather stations, feeds into Chattanooga’s digital twin. Traffic congestion experiments done within this virtual realm have shown an improvement of up to 30% in traffic flow, resulting in greater energy efficiency.”

Preventative Maintenance. Biddulph asserts, “Without doubt, digital twins can help cities achieve major cost- and labor-savings when it comes to better managing connected assets and infrastructure by enabling predictive maintenance which tells the city in advance how and why equipment or processes fail, tackling a major cost center. Predictive maintenance can also include supply chain data so that replacement parts or equipment can be optimally staged prior to the equipment failing. As well as costly repairs, such an approach can avoid unscheduled downtime and increase uptime. Digital twin technology can also enable a raft of other uses case to help cities operate more efficiently.”

Sustainability. Government journalist Phil Goldstein (@philgoldstein) reports, “According to the United Nations, cities consume 78 percent of the world’s energy and produce more than 60 percent of greenhouse gas emissions.”[7] Digital twin technology can help cities become more sustainable. In a press release, Las Vegas CIO Michael Sherwood, stated, “Digital twins are rapidly becoming vital to how cities are run. Now in Las Vegas we will have a city-scale digital twin that is driven by the physical environment, and ultimately letting us control key systems through it. This will give us new levels of insights and control to benefit city planners, residents, and businesses. We’re setting the benchmark for cities around the world to become smarter, efficient, safer and more sustainable.”[8]

Those use-cases are only the tip of the iceberg when it comes to how digital twins can help cities become smarter.

Goldstein concludes, “The days of city planners poring over paper maps and blueprints to design new additions or changes to city layouts and infrastructure seem to be going the way of the dot-matrix printer. Instead, increasingly, city governments are turning to digital twin technology to create virtual models of their cities (or parts of them) in a bid to better monitor them and make them more efficient.” To date, cost has been an important factor prohibiting cities from implementing digital twin technology. According to Daniel Castro (@castrotech), Vice President of the Information Technology and Innovation Foundation, however, “Falling costs will eventually make digital twin technology feasible for all cities. And while more advanced cities are mapping out the entire urban landscape — including fine-grained details of buildings, vegetation and water bodies — some are starting more simply, such as by creating digital representations of key infrastructure like bridges and schools to track usage and carbon emissions.”[9] He adds, “Cities should continue to explore how to use digital twin technology to make their communities smarter, safer and more efficient.” 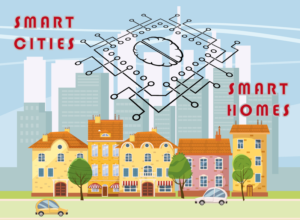 The Coming Age of Smart Buildings and Homes

As the world continues to urbanize and climate change worsens, increased scrutiny is being focused on cities and how they can adapt to changing conditions.