A famous line from William Shakespeare’s Hamlet reads, “The lady doth protest too much, methinks.” In an article about innovation in America in The Economist, the magazine lays out its case that too many American businessmen are, like the lady, protesting too much [“A gathering storm,” 22 November 2008 print edition]. The result of all this protestation, it believes, is that “corporate America is losing its self-confidence” and it argues that it “should not.”

“Listen to the growing cries of despair coming from some leading business people, and you might imagine that corporate America’s competitiveness could be the next victim of the global financial crisis.”

Not all business people, the article notes, have joined the chorus of worriers.

“Jeffrey Immelt, the boss of GE, the world’s largest industrial firm, sees opportunity amid the woe. ‘Companies and countries that really play offence vis-à-vis technology and innovation are going to come out ahead,’ he said … at an event in New York to present GE’s coming innovations in health-care technology. With those words, he touched on a debate that has been heating up for many months. Even before the financial crunch began, many businessmen were worried that America was losing its lead in innovation to India and China. They were particularly upset that Asian rivals had been investing with more gusto in teaching young people mathematics and science, and in advanced scientific research. America’s National Academy of Engineering even issued a report last year, ‘Rising Above the Gathering Storm’, arguing that America’s ‘economic and strategic security’ was in question because of lack of investment.”

The U.S. has a right to worry about the future of its education system (see my post entitled U.S. Science and Math Scores Remain Worrying). There are also probably good reasons to be worried about being outspent by Asia in research and development. But business concerns are more often aimed at tax and trade policies than either education or R&D. Business people know, however, that they will garner little public sympathy talking about tax relief.

“The Council on Competitiveness, an influential group of American company bosses, university presidents and labour leaders, issued a terse report on the matter on November 11th and demanded that Barack Obama ‘take bold action to recapture America’s competitiveness’ in his first 100 days in office. Craig Barrett, the chairman of Intel, the world’s biggest chipmaker, has also made similar complaints of late. And in a speech in Washington, DC, on November 18th Eric Schmidt, chief executive of Google, an internet giant, claimed that government-funded research done in university laboratories was ‘the core aspect of America’s competitiveness’. Without a dramatic increase in investment in such research, and in math and science education, Americans risked becoming mere ‘captive consumers’ at the mercy of rising Asian powers, he argued.”

Americans, of course, can’t become “mere captive consumers.” That’s because in order to be consumers people must have money and in order to have money people must have jobs and in order to have jobs there must companies with employees. Lose the companies and you lose the consumers. That’s the real argument behind the concerns of those who believe the U.S. is losing its competitive edge — not that the U.S. will be a country of consumers, but that it will be a country filled with the unemployed. Is it a realistic concern? That’s the question The Economist tackles next.

“Does the relative decline of America as a technology powerhouse really amount to a threat to its prosperity? Nonsense, insists Amar Bhidé of Columbia Business School. In ‘The Venturesome Economy’, a provocative new book, he explains why he thinks this gloomy thesis misunderstands innovation in several fundamental ways. First, he argues that the obsession with the number of doctorates and technical graduates is misplaced because the ‘high-level’ inventions and ideas such boffins come up with travel easily across national borders. Even if China spends a fortune to train more scientists, it cannot prevent America from capitalising on their inventions with better business models.”

The normal flows involved in globalization are people, resources, and capital. In the information age, the flow of ideas has also become important. That is Bhidé’s argument. Great ideas are no longer protected behind iron or bamboo curtains, but competed on the world stage.

“That points to his next insight, that the commercialisation, diffusion and use of inventions is of more value to companies and societies than the initial bright spark. America’s sophisticated marketing, distribution, sales and customer-service systems have long given it a decisive advantage over rivals, such as Japan in the 1980s, that began to catch up with its technological prowess. For America to retain this sort of edge, then, what the country needs is better MBAs, not more PhDs.”

The modifier “better” is important. I suspect a lot of Americans believe that it was unprincipled executives with MBAs who betrayed their trust and plunged the world into its worst financial crisis in a generation. Given a chance to vote on who they trust most, I suspect people with PhDs would win hands down over people with MBAs. I would also argue that it is entrepreneurs, not necessarily people with MBAs, who form the backbone that creates “the commercialization, diffusion, and use of inventions” that Bhidé argues is so important.

“America also has another advantage: the extraordinary willingness of its consumers to try new things. Mr Bhidé insists that such ‘venturesome consumption’ is a vital counterpart to the country’s entrepreneurial business culture. Is he right? The lack of long-term data means this has become ‘a quasi-theological dispute’, says Robert Litan of the Kauffman Foundation, a charity that provided some funding for Mr Bhidé’s work. But the contrarian should not be dismissed out of hand. For a start, he is right to argue against making a fetish of invention. Edison did not invent the light bulb and Ford did not think up the motor car, but both came up with the business-model innovations required to profit from those marvels. And as GE’s Mr Immelt likes to say, his firm is not great at invention, but it is outstanding at ‘turning $50m businesses into billion-dollar businesses’. Adam Segal of the Council on Foreign Relations, a think-tank, points out that the sensors that America’s soldiers use are no longer secret technology, but they use them in sophisticated ways that rivals cannot copy easily.”

I’m a bit surprised that The Economist gives so much credit to U.S. businesses for taking inventions they did not create and successfully marketing them. The Asians have certainly had their share of successes in that area. There was a time when the U.S. manufactured most its own electronics, but Sony, Panasonic, Samsung and others eventually dominated that market creating America’s well-known trade deficit. Having said that, I nevertheless agree with Bhidé that where ideas originate is not as important as what is done with those ideas.

“There is another reason to take the current ‘techno-nationalism’, as Mr Bhidé calls it, with a grain of salt. Even if China and India really are surging ahead in the number of technical graduates (and research by Vivek Wadhwa of Harvard University casts doubt on the quality of many of those degrees), innovation is not a zero-sum game. On the contrary, there is growing evidence that the rise of the giant emerging economies may even help those companies from the rich world that take a global approach to innovation. For several years Booz & Company, a management consultancy, has compiled a ranking, called the Global Innovation 1000, of the world’s leading firms ranked by investment in research and development. It has shown in the past that spending more on research has no correlation with better financial performance. But this year’s study, recently released, found that multinational firms that took a global approach to research outperformed those that concentrated their research spending in their home market.”

IBM’s Sam Palmisano would undoubtedly argue that in a globalized world a globally integrated enterprise is what gives a business a leg up on competitors (see my post Multinationals 2.0). The Economist seems to agree.

“‘Being global and open is now necessary for innovation,’ says Henry Chesbrough of the University of California, Berkeley. Cost is only one reason (and not usually the main one, Booz argues) to have a global research presence. Another advantage is the ability to tap into pools of talent abroad. But the most important advantage is the ability to listen to, and learn from, customers in new markets. As well as helping designers come up with products relevant to those markets, it also allows innovation to flow the other way. Indians often share mobile phones, notes Stephen Johnston of Nokia, so the handset-maker developed software to allow multiple phone-books on a single handset; this idea is now being brought to Western markets so that users can, say, separate their home and work contacts. Similarly, GE has developed low-cost medical scanners for Asian markets that are now being sold in other poor countries, too.”

Clayton Christensen of Harvard Business School, as the article later admits, has argued that “listening to customers” can result in a company getting blindsided. In his best seller The Innovator’s Dilemma, Christensen noted that customers will tell you they want what you are selling right up until the moment that something better (or good enough and cheaper) comes along. The Economist‘s article continues:

“Clayton Christensen of Harvard Business School is not fully persuaded by the arguments put forth by Mr Bhidé (who happens to be a former classmate). He thinks Chinese and Indian firms may in time ‘disrupt’ established American companies just as personal computers challenged mainframes, and he worries about America’s education system. But he accepts Mr Bhidé’s notion that it is more useful to teach technical skills to managers and factory workers than merely to crank out more theoretical scientists. Most importantly, Mr Christensen agrees with Mr Bhidé that there is no case for protectionism. Some techno-nationalists argue, for instance, that ‘American innovation’ should receive preferential tax treatment or subsidies. Such proposals make little sense given the increasingly global and open nature of innovation. As Mr Chesbrough wryly puts it: ‘What’s good for Intel may not necessarily be good for America.'”

Another thing that Christensen and Bhidé share is optimism — a characteristic I have repeatedly insisted marks entrepreneurs for success. The reason that I believe entrepreneurs are more important to America’s future than MBAs is that entrepreneurs are naturally curious and MBA graduates don’t necessarily have to be. A naturally curious person will pursue whatever education he or she requires to succeed and that education may not always be found in a classroom. The old adage that experience is the best teacher has been around for a long time. According to The Phrase Finder, “The great Roman leader Julius Caesar recorded the earliest known version of this proverb, ‘Experience is the teacher of all things,’ in ‘De Bello Civili’ (c. 52 B.C.). Over a century later, the Roman author Pliny the Elder in ‘Naturalis Historia’ (A.D. 77) wrote, ‘Experience is the most efficient teacher of all things,’ and the Roman historian Tacitus said simply, ‘Experience teaches,’ in his ‘Histories’ (c. 209).” I suspect that one of the reasons that Harvard MBA program relies so much on case studies is that it wants to provide its students with a broad range of experiences (even if they are others’ experiences) in a short period of time. I may not agree with The Economist that what the country needs is more MBAs, but it got one thing right, there is absolutely no reason for American business to lose its self-confidence. 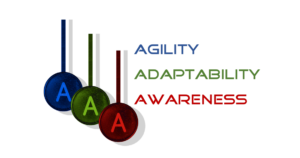