Today, more commentary in The New York Times that helps make the case for resilience.  Kendall Hoyt writes about the shortcomings of “one bug, one drug” approaches to unpredictable pandemics:

…The problem is that the government has been focused on a prognostic model of developing and stockpiling countermeasures aimed at specific pathogens. This “one bug, one drug” strategy makes sense for a small number of biological threats that are highly communicable, lethal or easily weaponized, like smallpox and anthrax.

It is less sensible, however, for many other threats, for two reasons. First, the number of pathogenic threats far outstrips our drug development resources. Second, epidemiological forecasting and intelligence about such threats are unreliable: witness the vaccination campaigns against botulinum toxin in World War II, swine flu in 1976, anthrax in the 1991 gulf war and smallpox before the Iraq war, which all addressed threats that failed to materialize. Creating stockpiles of vaccines for high-consequence pathogens is important. Beyond those, however, it’s wiser to build a system that will allow us to react quickly to rapidly evolving or unexpected biological threats.

Italics ours.  That sounds very much like a resilient system — one that, in this case, could track multiple data points in real time, share information securely among multiple agencies, and configure responses — including “late-stage research and surge manufacturing,” the management of “technologies to speed development” and the operation of “a library of clinical-grade vaccine seed strains to allow the rapid production of vaccine.”  A resilient public health system could govern “manufacturing protocols, as well as emergency administration and distribution procedures.”

Hoyt doesn’t demand resilience in so many words.  But it delivers what he wants — a next-generation public health response mechanism for an unpredictable world. 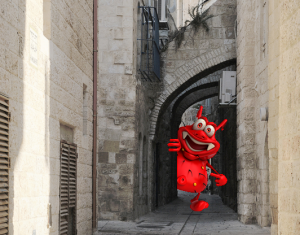